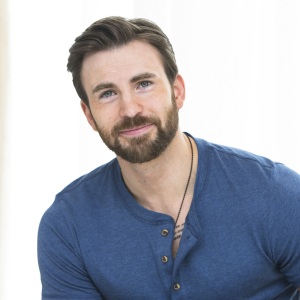 You know how some actors can be totally ubiquitous and yet somehow still manage to fly under your radar? In honor of the upcoming release of Marvel’s The Winter Soldier, I thought I’d crush this week on just such an actor. It’s not that I ever actively disliked Chris Evans (although Not Another Teen Movie certainly didn’t help), I just never got around to crushing on him. Which, thinking back, is kind of outrageous. He looks like some weird genetic amalgamation of Sam Rockwell, Gary Cooper, and Jensen Ackles. It shouldn’t work, but it totally does.

I think the real reason I never hopped on the Evans Express was because most of the movies I’ve seen him in are, you know, categorically not great (Fantastic Four, Push, What’s Your Number?, the list goes on). And while I liked him in Captain America: The First Avenger, it wasn’t enough to make me go gonzo. Then I saw Puncture. (Sidebar: this movie should really be mandatory viewing for anyone going into healthcare.) Not that it was a perfect flick; I thought the David and Goliath element was a bit over-dramatized and 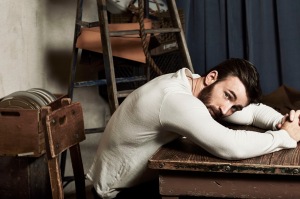 overall it felt like total Oscar-fodder. But that movie pretty much marked the first time I realized that Chris Evan could actually act, in addition to being aggressively good-looking. Since then I’ve been able to catch some of his good stuff, namely Sunshine and The Iceman, and have been heading down a crazy crush spiral ever since. As if that weren’t enough, he is actually pretty funny. So Captain, we here at Fangirly salute you. Better late than never, right?

3 thoughts on “Fangirly Crush of the Week: Chris Evans”