Flu season has finally arrived! Being sick has the tendency to suck pretty thoroughly, but I’m here to tell you that there are ways to circumvent the suckiness. One tried and true way is to have a stock pile of Sick Day movies that have plenty of entertaining, if not medicinal, qualities. Hold on to your lunch, because here are my top five! 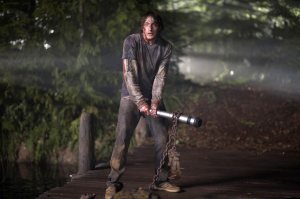 5) Joss Whedon’s Cabin in the Woods– I’m a fan of gore even when I’m not chucking cookies or sneezing out stuff that looks alarmingly like bits of cerebral cortex. But somehow, watching cute co-eds get disemboweled right after you heave up bits of your own viscera tends to put your misery into perspective. Besides, Fran Kranz is enough to make any girl feel feverish.

carrying lady, I reserve the right to watch ANY rom-com, at ANY given time. However, there’s something about sick days that makes watching two extraordinarily hot people fall in love (what Hollywood calls romance, I call Darwinism) even more satisfying. This one is especially suited for sick days because Mark Ruffalo’s dopey good looks and Average Joe sensibilities are a soothing balm for any gal in pain. 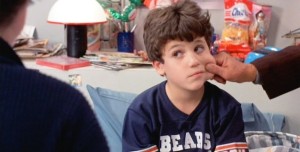 2)Evita- Sore throat? No Problem! Here’s what you do: put on a frilly night gown, adopt an air of neuvo riche superiority, and reenact the death bed scene where Eva scratches out her final refrain. SO. MUCH. FUN. 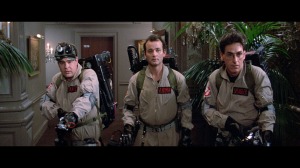 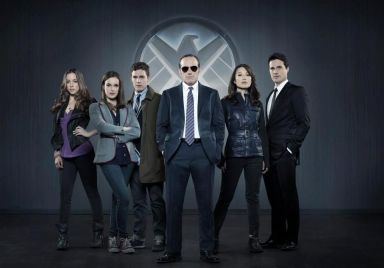 I know that a lot of people wrote off Agents of Shield once they caught a whiff of procedural, and I can’t say I blame them. The last thing network tv needs is CSI:Marvel, even with Clark Gregg filling the David-Caruso-type-shaded-and-jaded-team-leader role. But before we consign this Whedon and Tancharoen brain baby to cancellation station, let’s remember a few things…

1) Where there’s a Whedon, there’s a way. How many times are we going to allow shows with the names Joss or Jed attached to them be ruthless canceled, and subsequently branded as cult classics, before we realize that these folks know what they are doing? Let’s break the cycle, people.

2) Growing pains, people. I mean, was Buffy awesome right from episode 1? Short answer: no. (For the record, there is nothing scary about fruit punch mouth). The point is, it got better. Way, way better. Why can’t we give Coulson and Co. the same chance to come into their own?

3) I’m going gonzo over Iain De Caestecker. Those of you who stuck it out through the whole first series of The Fades, rejoice! Paul is back, this time in a show that won’t make you want to take a melon baller to your eyes!

In conclusion, everybody be cool! Agents hasn’t dazzled so far, but the fall season has just started. And really, I think we kind of owe Joss Whedon a freebee anyway.

I don’t mean to brag, but I saw most of this trailer back in July at Comic Con.  (Oh, wait.  That’s right.  I love bragging about Comic Con. )  This doesn’t mean that I was any less excited to see this new trailer this morning.  How rad does this look?!  Granted, I will get excited about any Fassbender/McAvoy vehicle, but especially an X-Men movie.  Which happens to work out nicely, since that is all they have done together.

Anyway, check out the trailer and get excited for May 23rd with me!

Maybe you remember “Beauty and the Beat” (my personal favorite) or “Disney Dudez“, which re-imagines the Disney princes as a One Direction-type boy band.  Well, Todrick Hall is back with the villains getting a chance to tell their side of the story, featuring Amber Riley, Adam Lambert and Pis Toscano (does anyone else remember her from Idol?)

I am giving you the length of one trailer for Divergent to turn away from this review if you have not yet finished Allegiant or will never have any interest in reading the Divergent series.   END_OF_DOCUMENT_TOKEN_TO_BE_REPLACED

Earlier today, I posted my thoughts on Allegiant, the third book in the Divergent series, but even earlier this week, I re-read the first two books to refresh myself on the series.

This could have something to do with immersing myself in the series this week and my abiding love for the character of Four, but also have you seen him?  Better yet, have you heard him?!  His voice could melt butter.

If love movies, TV, baking, cooking, and adorable web content, it would totally behoove you to watch this video. If you don’t like those things, I’m sorta wondering how you ended up here. You might be happier on ESPN.com or something.

You may remember us freaking out over a certain climatic moment on a certain web series called The Lizzie Bennet Diaries.  Well, the team behind that series is back with Emma Approved, a modern re-telling of Emma (that isn’t Clueless).  While Emma has never been my favorite Austen work, anything Austen is still going to be my favorite.  Check out the first episode and see if this new series is going to measure up.