We’ve had Golden Globes, SAG, PGA, DGA, WGA, and all those other G’s and A’s, but now it’s time for the mack daddy, the big one.  Yep, it’s Oscar, biotches.  All other awards kneel before him. I’m still not a hundred percent sure how he got all the clout, but he did.  Don’t ask stupid questions!

With the big show looming over us this weekend, we thought we would give you our picks for the big five categories.  And the Oscars will go to…

Ellen’s Pick:  Argo – I got a chance to see all of the best picture nominees with the exception of Amour, and I’ve got to say, it’s a fairly tight race this year.  Silver Linings Playbook seems to be gaining some ground, but I think that that after Ben Affleck’s snub in the Best Director category, the voters are going to give it to Argo.

Whitney’s Pick:  Beasts of the Southern Wild – Ok, I get that this one is a long shot, but for me is stood out among all the other nominations. The award will probably go to Amour, or Argo, or Zero Dark Thirty, but the last time I checked, none of those other films managed to produce a star half as adorable as Quvenzhané Wallis. That includes you, Ben Affleck!

Ellen’s Pick: Daniel Day-Lewis – Had Lincoln not come out this year, I would like to think that Bradley Cooper could have taken it this year because he does a really great job at being funny and sympathetic.  But alas, Daniel Day-Lewis reigns supreme and he is THE guaranteed pick of the night.

Whitney’s Pick:  Daniel Day-Lewis – After five nominations and two wins, you would think DDL would give somebody else a chance. We get it, you were beyond awesome in Lincoln, and totally deserved that Golden Globe. I, however, would be more impressed if your character wasn’t the most beloved American president of all time. If you get nominated for playing, say, Lyndon B. Johnson then we’ll talk.

Ellen’s Pick: Jennifer Lawrence – Gotta give it to my girl, JLaw.  Homegirl’s got a solid chance of winning and rightly so.  Chastain and Watts could prove to be dark horses, but the voters seem to be digging the year’s only quasi-light fare this year.

Whitney’s Pick: Jessica Chastain – Honestly, this is more of a guess then anything else. Wallis and Watts seems pretty unlikely, and of the three remaining nominees, I think Jessica Chastain is all over it.

Ellen’s Pick: Robert De Niro – In what I see as the closest race of the night, I’m going to go with who I think the Academy likes the most, which leaves me with ol’ Bobby De Niro.  But, really, don’t hold me to this one because it is anyone’s game at this point.

Whitney’s Pick:  Tommy Lee Jones – Again, this is a wishful thinking pick. In Lincoln, Tommy Lee knew how to steal and scene and wear a wig, two qualities I look for in a man (ask anybody).

Ellen’s Pick: Anne Hathaway – This one is hers to lose.  I will be SHOCKED if she doesn’t get it.  Some people are saying Sally Field could prove to be an upset because… she’s Sally Field, but it’s going to Anne Hathaway.

Whitney’s Pick: (Duh) Anne Hathaway- I would be lying if I said I didn’t love ALL of the Supporting Actress noms, but it’s totally going to be Anne. She absolutely deserves it, after the Academy snubbed her twelve years ago for The Princess Diaries. This is your year, girlfriend!

There you have it?  Do you agree?  Disagree?  Who do you WANT to win? Let us know in the comments! And Happy Oscars, everybody!

Believe it or not, we here at Fangirly don’t always agree about everything in pop culture . It’s rare, but it does happen. And instead of settling our differences with a bare-knuckle fist fight or a You Don’t know Jack death match, we decided to take this less-than-healthy debate to the internet. For our first “Agree to Disagree” feature, we’ll be debating a topic that’s a little… sensitive. Here it is folks: Doctor Who’s resident red head Amy Pond: love her or hate her?

1) She’s a Who-pie. Or “Who Groupie”, for those of you not familiar with this term I just coined. She meets the Doctor once as a kid, shares a midnight snack of fish-custard, and all of the sudden he’s the center of her Who-verse! Now, to be honest, who can blame her? If a lanky, bow-tied time traveler showed up in my backyard I would probably show him the crack in my wall too (not a euphemism). But really, Amy, ever thought about a hobby?

companion, was my favorite of all the show’s leading ladies. Not only was she smart, snarky, and sweet, Donna was one of the only companions who wasn’t in love with the Doctor. Instead they had a really cute brother/sister dynamic that I loved and found totally refreshing.

3) She’s so mean to Rory! One thing Ellen and I can agree on is that Rory Williams is the perfect TV man. He’s funny, sweet, and looks awesome in a flannel shirt. But even with all that waiting for her at home, Amy still decides to run off with the Doctor. Again, we’ve reached a tricky grey area for me, because if given the same circumstances I’m not sure I would make a different decision. And even though they did eventually tie the knot and pop out a beautiful (if psychotic) half Time Lord baby, I still get the vibe that Amy kind of takes her husband for granted. I mean, why does it take half a dozen life or death experiences to remind her what a dream boat Rory is? Sorry Amy Pond, we’re done-zo.

1) Um, She’s a Who-pie!  Who’s not? How can we fault homegirl?  We have already dedicated more than a few posts to the good Doctor and I have no doubt that this will not be the end of it.  If anything, I love her more for loving the Doctor because it is something that we can bond over.  And just so you can’t use it against her, I’m going to defend her throwing herself at the Doctor.  Again, can you blame her?  Also, I found it refreshing to have a companion that didn’t care about trying to steal the Doctor’s two hearts.  She knew what she wanted and went for it.  Bowties are cool… on the ground at the foot of the bed.

2) She’s Sassy! I know that this can be said about most of the companions, but Amy’s got it in spades.  She don’t take no crap, not even from the Doctor.  If you need proof of this, just look at “The Beast Below” or “Victory of the Daleks” where she basically has to say to the Doctor, “Shut up, you’re wrong.  I’ve got this.”  Also, where do you think River gets her sass?  Rory?  Proof is in the gene pudding, Whitney.

3) She Still Chose Rory.  Say whatever you want about her running off with the Doctor, etc., but in the end she still married Rory.  When both of her boys are in danger, she will still always choose Rory.  She still made that half Time Lord baby with Rory (somehow).   What’s that?  You say you’re still not convinced.  YouTube, let’s roll the tape!

Hate to say it, Whitney (actually, no, I love to say it), but I think I win this one.  Long live Amelia Pond! 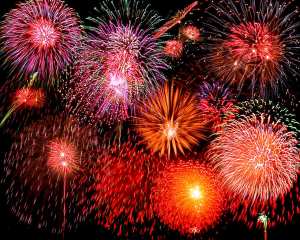 The day has finally come, the moment that only we have been waiting for, the launch of our new website, fangirly.com! We really have been excited to start and judging from some of the stuff that we have planned the fun is just beginning.

Like our tagline suggests, we consider ourselves to be fairly intelligent, discerning human beings, but you stick us in front of TV screen, movie screen, iPod/Pad screen, really any screen, and something strange happens. We lose all sense of how rational people behave. We squeal, laugh hysterically, sob, and do this weird thing that only select members of our family do, rub our hands together out of excitement.

We wanted to give you a little taste of the fun that is to come, so here are some of the features we will be doing here at Fangirly:

Grade A, Choice Picks: We’re going to give you our top picks for a variety of categories. Curious as to our top food fight scenes?  Top movies based on SNL skits? Top TV bromances? We are going to rank whatever our little hearts desire, because it gives us a false sense of superiority.  Join us, won’t you?

Fangirly Exposed!: Look we all have things that we are embarrassed to like, guilty pleasures, if you will. We are going to do the smart thing and announce ours on the internet!

Fanmanly: While we here at Fangirly enjoy our fair share of romance and polka dots and… other girly stuff, we still like to get down and dirty with the boys. (Insert innuendo of choice here). “Fanmanly” is our look at shows, movies, etc. that leave us feeling just a little more hardcore.

Anglohphiles Anonymous: Whether it be the accents, the dry wit, or the general regal air, we love the Brits and their entertainment (at least everything that makes it across the pond).  Check out picks for the finest that the UK has to offer.

Agree to Disagree: Let it be said that we agree on a lot, but there are also some things on which we will never see eye to eye.  Enjoy as Ellen wins every argument (No, Ellen didn’t write this).

In with the Old: Remember the day when movies and TV shows weren’t all spinoffs, sequels, remakes, and re-imaginings? Us, too! With this feature we hope to remind the future generations that we  were once able to come up with novel concepts.  Because we believe the children are our future.

Marry, Boff, Kill:  We once spent an entire camping trip playing this game, arguing over our choices, and disowning each other for killing certain people.  Now we are bringing the game to you guys so you can relish in watching us argue over (never going to happen) hypothetical situations.

Fangirly Crush of the Week: Pretty self-explanatory, but our spotlight on who is rocking our world.  At least for that week.

We have a lot planned and we are really excited to start.  Hopefully you will find the time to stop by and see what we are up to!  – by Ellen and Whitney