If you read this blog with any sort of regularity, you may know that on Saturday I saw Zack Snyder’s Batman V Superman. You may also recall that I thought it was, ahem, flawed. Nothing weird there, right? The film’s 29% rating on Rotten Tomatoes suggests I wasn’t alone. What I didn’t expect was the amount of time I’d spend defending a position that, quite frankly, I thought I’d already made pretty clear. So let me try this one more time.

Shall I tell the real reason why I didn’t like BvS? It wasn’t just the sloppy writing, or the less-than-inspired dialogue, or the fact that I’ve seen high school health videos with more emotional complexity. It was the fact that I was expected to enjoy, even connect with, a story that so obviously wasn’t made for me.

As a lifelong fan of the superhero genre, I’ve reached a sort of begrudging acceptance of the way things are; women may not be equally represented in blockbuster tent-poles, but at least the women we do see are invariably spectacular in their own ways. And when the trailer for this latest DC offering was released, I was just as excited as anyone by the prospect of finally getting a Wonder Woman worthy of the name. It wasn’t as though my hopes weren’t realized. In the seven minutes she’s on screen (yes, that is the actual 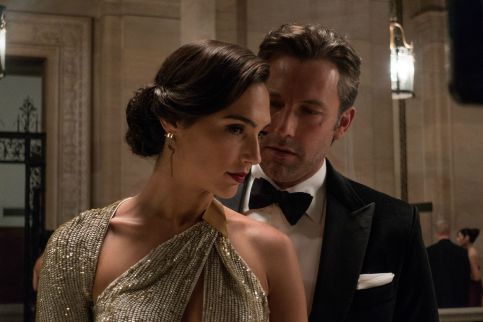 number) Gal Gadot’s iteration of Diana Prince proves herself to be much more savvy, capable, and interesting than either of the titular heroes. Of course, if you blinked at any point during the movie, it’s a performance you probably missed. In fact, there are really only four notable female characters in the entire film, and by “notable” I of course mean “has any kind of speaking part at all”. Lets take a (somewhat spoiler-y) look at how these women were used in the film. It won’t take long; like I said, it’s a short list. 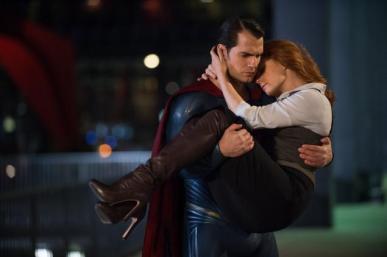 Let’s start with Lois Lane. Smart, independent, award-winning reporter who manages not to choke on lines like, “I’m not a lady, I’m a journalist”. She’s the one person who even attempts to figure out what really happens during a desert shoot-out, for which Superman is blamed (despite the fact that he doesn’t use guns…). An attempt that, by the way, is dismissed as a misguided effort to stand by her man. So much for that. At least there was still something for her to do in the film. She also appears as the prettiest piece of bait you ever saw.

Then there’s Martha Kent (Diane Lane), adopted mother of Superman and purveyor of pithy, home-spun wisdom. She represents Clark’s deepest connection to his own
humanity, a trait that is repeatedly called into question. So you think she’d feature pretty strongly, right? PSYCH. Her husband’s ghost has more lines than she does. Luckily for Martha fans, she does also make a cameo as Hostage #2.

Next let’s look at the most overlooked and tragically underused character of them all. Senator Finch (Holly Hunter) is the only person in this movie who acts with any kind of

clear motivation. She’s strong, she’s decisive, and she’s the only person trying to demand accountability in a realistic way. The only problem? We’re not really supposed to like her. Whether by intention or by reflex, Snyder plays her off as a nag; a woman of a certain age who just complicates matters for the men involved. Not only is she a victim of the Capitol Bombing, she’s specifically targeted by the parties responsible. For what? Being too aggressive? Too articulate? I’m not sure what the message is here, but I know I’m not comfortable with it.

Which brings us back around to Diana Prince. That bastion of Badassery. That oasis of empowered womanhood. It is worth noting that the most impressive woman in this movie isn’t allowed to be such without a whip, thigh-high boots, and a tight leather outfit.

So stop asking me why I didn’t like this movie. Stop asking me to explain myself again and again. Gender politics aside, it was an underwhelming movie-going experience. Gender politics included, it’s actively harmful to how women are represented in film, particularly in superhero films. If that’s something you are ok with, I guess we’ll just have to agree to disagree.