This weekend I did something a little crazy.  Ok, a lottle crazy.  In a recent issue of Entertainment Weekly there was an article written by Marc Snetiker on how to best prepare for the Emmys next Monday.  Well, how to best prepare for the Emmys in only 24 hours and because I’m a weirdo, my first thought was, “I could do this.  I should do this.  I’m GOING to do this.”  I honestly don’t watch a lot of the Emmy shows, especially in the Drama category, so I saw this as the perfect opportunity to get myself edumacated.

I prepared by making sure I had all of the recommended episodes or at least access to them and by placing an order with Amazon Fresh to make sure I had a cavalcade of themed snacks.  As you should do for any binge.

Oh, and I live-tweeted the whole thing. And it turns out you can tweet a lot in 24 hours.

In the words of Barney Stinson, "Challenge accepted." @EW pic.twitter.com/SdnI4rVO52

For Orange is the New Black, I watched “Lesbian Request Denied” and I have to say this is one of the viewings that made me want to watch more.

Next up, True Detective. END_OF_DOCUMENT_TOKEN_TO_BE_REPLACED

These posts take me a while to write, so let’s skip the chit chat and get to it.

“Little Numbers”  BOY – This is my number one pick that I’m pushing this month because I want more people to be as obsessed with this song as I am.  I just saw them them in concert this past Friday and they were so adorably genuine and just plum excited to be singing their songs for people.  Not to mention, the song is dang catchy.  I dare you listen and not start bopping your head or humming along by the last chorus.

“Heartbreaker”  Alabama Shakes – Last month began my love affair with Alabama Shakes.  I may be a little behind, but I have certainly made up for lost time over the past few weeks.  I love the Brittany’s voice and the sort of old school soul and garage band rock melding that they have going on.  Rather than recommend their two main tracks (“Hold On” and “Boys and Girls”, both of which I LOVE), I thought I would recommend the B-side-ish tracks that I really like.  “Heartbreaker” has all the possible passion that could fit into one song.

“Breakin’ Up”  Rilo Kiley – I had to include a Rilo Kiley song in this month’s mix because I am so excited for their new album that is coming out next month.  Like, beyond excited.  This is mainly due to the fact that they have not come out with a new album since 2007!  “Breakin’ Up” is a little more peppy than what I am expecting from their new album, but that doesn’t make me love it any less.   (The video I linked is this goofy, homemade video, but their dancing amuses me).

“White Nights”  Oh Land – While I don’t think I will ever be able to endorse Girls, I can safely say that I fully endorse the Girls soundtrack.  It has given me a few price gems, such as “White Nights” from this band I have never heard of.  It’s great.  Thanks for this, Girls, but stay away from Parks and Recreation Emmy awards.

“Velvet Elvis”  Alex Winston – While driving to the aforementioned concert this past weekend, my friend played this odd little song for me.  It is about a girl who is in love with a velvet portrait of Elvis.  I know what you’re thinking.  “Another Velvet Elvis song?”  But this was the earworm that would not leave after I listened to it, so I proceeded to buy and listen to it for three days, as you do with earworms.  Which brings us to present day, where I am still listening to it on repeat. 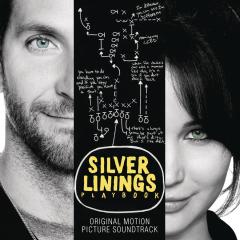 “Girl from the North Country”  Bob Dylan & Johnny Cash– I’ve always been a mix girl rather than an album girl.  I am often made fun of for my eclectic mixes, but variety is the spice of life.  I think this is why I have always loved soundtracks.  They are mix CDs made by your favorite filmmakers and the songs have little music videos in your favorite movies.  Over the course of my three viewings of Silver Linings Playbook, this song has endeared itself to me.  Believe me, no one is more surprised than me to have two Bob Dylan songs in two months’ mixes, but it happened.

“Say You’ll Be There”  Spice Girls – I was recently discussing the value of Spice Girls with a friend of mine and I’m just going to come out and say it:  I STILL love the Spice Girls.  I bust out my Spice Girls albums on the regular.  They are just a plain ol’ good time and I am not going to hide in shame, so if you are in the LA area and you see a girl blasting this song in her car with reckless abandon, you’ll know who it is.

“Temptation”  New Order – I have encountered New Order a few time on my hipster movie soundtracks and have come to the conclusion that I love New Order.  Any time they are on a mix or soundtrack, that song is always my favorite song on the CD.  When I got the Perks of Being a Wallflower (I haven’t seen it, but why wouldn’t I usually like the soundtracks of hipsterific movies set in the 80s) soundtrack and saw that there was a New Order song, I knew that I was a goner.  Sure enough, I love “Temptation”.

“Skin”  BOY – Another sampling from BOY.  I had to include this song and link a video that someone took from the show that I went to because while I like the original recording of this song, I really loved the stripped down, melancholy version that they do live.  Now I can only wish that they will release this version somewhere so that I can download it and have it as my own.

“Always Alright”  Alabama Shakes – Another Alabama Shakes song, also featured on Silver Linings Playbook, because I just can’t get enough.  Seriously, watch the linked video and answer me this:  How cool is she?  I love her.