Just to be clear, Fangirly doesn’t shy away from an R rating. Some of our favorite releases this year were deemed unfit for moppets of all ages. Deadpool, Spotlight, Ex Machina, Room. But, to be fair, those are the movie one expects to be hit with an R rating. Made by 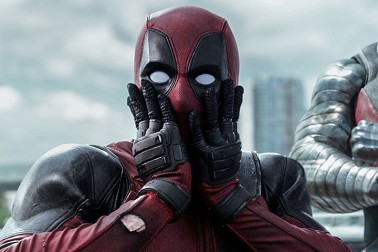 grown-ups, for grown-ups. And what if the increasing commercial success of R rated movies causes this trend to spill into other genres?

Which brings me to Wolverine 3. We get it. Wolverine is edgy; he smokes and drinks and gets laid and takes bad guys to the cleaners. But thus far, the powers-that-be have been able to tame the characters wild side just enough to squeeze out a PG-13 rating. That was true for 2009’s X-Men Origins: Wolverine and 2013’s The Wolverine. So why now the sudden change in direction? Well, because all the cool kids are doing it.

There is a direct line of causation between the BANANAS success of Deadpool and this new development in the Wolverine franchise. And frankly, if that were the extent of it, I

wouldn’t be bothered. But I think we can all agree that superhero movies, from either side of the Marvel-DC partisan line, are getting progressively darker and, much as I hate to use
this word, grittier. To prove my point, let’s look at this summer’s latest cash cow, Captain America: Civil War.

It was amazing right? But can we all agree that with each subsequent film, the Captain

America franchise has delved deeper into that dark, self-aware realism that has made the sequels so surprisingly wonderful? As an adult audience member, I’m loving it. But I’m not the only demographic at whom these movies are supposedly aimed.

I’ve got this neighbor. His name is Jack, he’s six, and he has the most extensive collection of superhero costumes I’ve ever seen. Picture a first-grader in full batman armor and you’ve got a good idea of what I see every time I look out my kitchen window. The take-away here is that Jack loves superheroes. Which really sucks for Jack, because there’s only a handful of superhero movies his mom will let him watch.

I can’t say I blame her. Would you let your six year old watch The Dark Knight, or Captain

America: The Winter Soldier? Or, maybe more to the point, should you? These movies are starting to delve into themes and employ levels of violent realism that kids like Jack just aren’t ready for. And yet these movies, and all their must-have merchandise, continue to be marketed to him.

I just worry that one day, there won’t be any good superhero franchises left for younger audiences, who are, arguably, the ones that need these heroes the most. I don’t want to look out my window and not see Jack running around his yard in full spider-man regalia, keeping the neighborhood safe from evil. I want Jack to still have on-screen heroes he can look up to. Easier said than done, when he can’t even watch their movies.

If you are like me, then you surely must feel,

There are some who are making the thirst very real

There’s a few so sexy, they’re making us squee,

I can think of at least one adorable Braj

From whom I wouldn’t refuse a massage

It’s true, funny guys are well worth the switch

And nothing makes a gal more inclined to be naughty

Than a guy who can dazzle with skills in karate

Then there are babes of a different hue,

Especially those that… abs…

And a few that even your grandma will scope

#Blessed with a back like bag full of rope

If you looking for a boff that isn’t a bore,

Find one that can tear up the f#@&ing dance floor

Though, in truth, my lust for all other men counts for naught

Whitney and Ellen are joined by their cousin Sam (for the male perspective) to go over some of the big releases that we have to look forward to in 2016.  Is this the year we finally get sick of superhero movies?  (Mmm, probably not).  Does Whitney’s roommate have really bad taste in music that she blasts through their apartment?  (Spoiler: Yes).  Also, the gang throws out some crazy hypothetical situations to try and stump each other.  Is there any situation in which Ellen would not go on a date with a Marvel Chris?  Listen to find out.

*Circumstances led to Ellen having to use a very bad mic.  Apologies in advance. 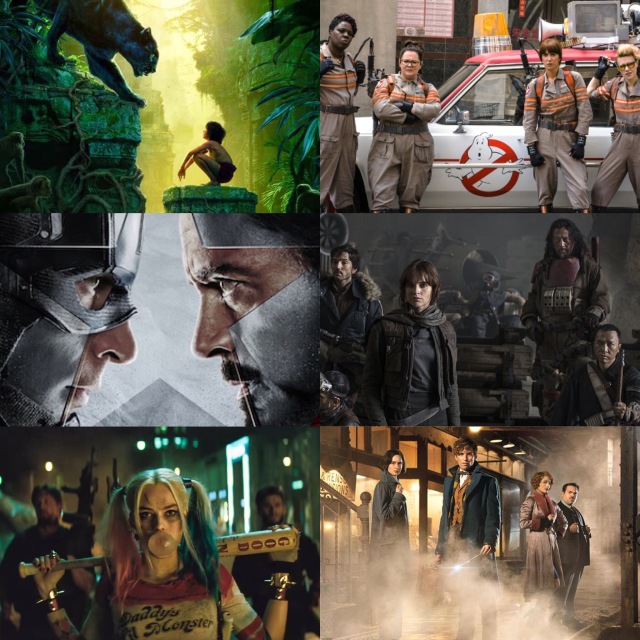 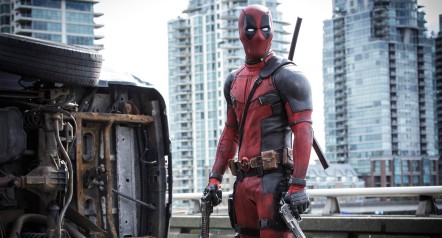 Mom and Dad, if you’re reading this (safe bet), you should know that I went to see this movie under the falsest of pretenses. See, I thought Deadpool was about a ghost who throws a pool party for his friends. Imagine my surprise! I honestly wasn’t expecting the gratuitous violence and the foul language and the annoyingly brief glimpse of Ryan Reynolds’ junk. Suffice it to say, not my cup of tea. Anyway, I’m now going to launch into a very lengthy dissertation on how Billie Piper is, in many ways, a more well-rounded performer than her American counterpart, Britney Spears. So, you’ll probably want to leave off right here. Bye… love you… go watch Castle for a while…

Now that it’s just us non-AARP subscribers, allow me to say that Deadpool is, as expected, pretty frakking awesome–

Sorry. It was a refreshing change of pace after the onslaught of superhero movies where the fate of the known universe rests in the hands of a few dudes with matching chiseled jawlines. Deadpool is about humble mercinary Wade Wilson (Ryan Reynolds) trying to get his life (and face) back after he finds himself on the wrong end of a science

experiment gone sideways. He’s gotta get his girl (Morena Baccarin) and put the screws to some bad guys, not necessarily in that order.

Arguably, it’s a little light on story. The movie continually segues between Wade’s life before and after the experiment that made him Deadpool, and not a whole lot happens in between. It’s not unlike any other action movie where a handsome white male kicks ass and takes names–

–sorry– for the sake of love. But it is, you know, a Deadpool film, so there’s plenty of violence and sex jokes and fourth wall breaking to keep you entertained. Luckily for me, I was sitting directly behind a person using a screen reader for the hearing impaired. Trust me when I say that you haven’t lived till you’ve seen the phrase “muppet farts” scroll across a tiny digital screen in a dark movie theater.

I understand that this movie is most definitely not for everyone. Specifically, it’s not for your kids. This is not an Avengers movie, as evidenced by the three minute long, full-frontal sex montage in the first act. Again I stress, don’t bring your children (I’m looking at you, lady sitting next to me with three moppets under the age of ten).

But if you are a mature, consenting adult who doesn’t mind having this image…

bouncing around in your brain-box for the rest of you life, this might be the movie for you.

Certainly doesn’t look like it will be for the faint for heart, but any media that utilizes “Shoop” by Salt N Peppa is an A+ in this girl’s book.

Best line: “Please don’t make the suit green.  Or animated.”  Get it?

For all audiences trailer:

Red Band Trailer (and it is fairly red)