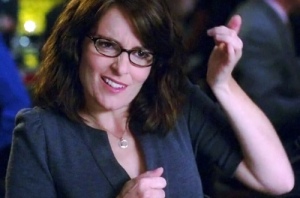 I’ve been trying really hard to be bitter about the end of 30 Rock, the show that basically shaped Ellen and me as adults and perpetual weirdoes, but I can’t. The truth is, NBC had no reason to pick up Tina Fey’s beloved brainchild after that initial 12 episode run seven years ago, but they did. They took a chance on 30 Rock, and now all they have to show for it is a truck-load of Emmys, insane critical and commercial success, and the gratitude of this humble nerd.

I love this show more than I can express without bursting into tears/hysterical laughter. Liz Lemon wasn’t like any other female character on television at the time. She was weird and obsessive and 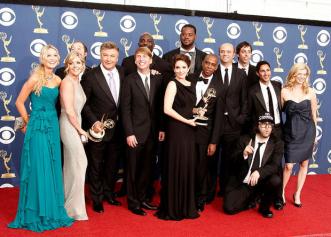 cool and smart, and for the first time my thirteen year old self saw someone on TV worth looking up to.

My fondest 30 Rock memory happened during my high school years. It was one of those glorious weekends when my parents decided to take their adorable act on the road, leaving me to experience the world of independent living for a few days. Glorious, that is, until the sun went down and the house started making weird noises (did the fridge always sound like that?) and I suddenly regretted watching quite so much Law and Order: SVU. In an attempt to stave off the panic I could feel building in my teenage tummy, I started flipping though our DVR in search of something entertaining enough to take my mind off the rising crime rates in my hometown but innocuous enough to help me fall asleep. Pretty soon I stumbled upon “Black Tie”, the 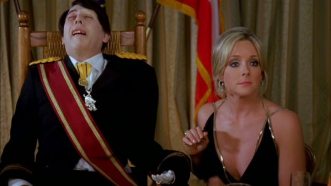 30 Rock episode where Liz and Jack attend a birthday bash for a fantastically inbred Austrian prince played by the one and only Paul Reubens. Pretty soon I was so involved in their misadventures I completely forgot to worry about being murdered in my sleep. Mostly.

So thank you 30 Rock. Thanks for being the coolest, funniest, most bizarre show on TV. Thanks for giving Ellen and me a reason to hang out on Thursday nights. My one parting request? Get Jack McBrayer a new show. Mama needs her weekly dose of apple-faced goon.