Making friends as an adult can be fraught with drama and disappointment. I can’t count the number of times I’ve gotten excited about a burgeoning friendship, only to find that the person’s favorite show is Criminal Minds or (heaven forbid)  Angel. It’s a struggle to which we can all relate. So to guard myself from forming platonic attachments I’d live to regret, I developed this friendship litmus test. The idea is that I expose this potential pal to the movies that are, essentially, celluloid chunks of my very soul, and if their response is less than enthusiastic, I cut ’em loose. It sounds mean, but I’m really just saving everyone’s time. Let’s dig in.

Super 8 is pretty much everything I ever wanted in a movie: 70’s nostalgia, aliens, Kyle Chandler being a dad, 12-year-olds swearing. This movie came out during the same summer that brought us Bridesmaids, Thor, Captain America: The First Avenger, and X-Men: First Class, and for me, it eclipsed all of them. When I FORCE a friend to watch this movie, I pay close attention to their face during the scene where Joel Courtney sacrifices his dead mother’s locket to help a wayward alien get back home; if they are not weeping without restraint, I don’t see much of a future for us. 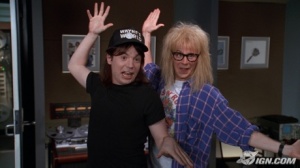 Approximately 90 percent of everything that comes out of my mouth is a direct quote from this movie. Last Christmas, my mother handed me a gift and my knee-jerk response was “If this is a severed head, I’m going to be very upset”. That is a true story. So I’m not saying that people who don’t like this movie aren’t cool (out loud), but if you don’t know this film inside and out, there will probably be an insurmountable language barrier between us. Alas. 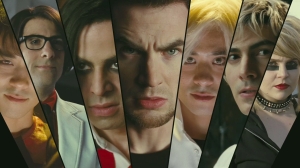 This is a fairly recent addition to the list. I coerced a friend into watching this only last February and TO MY HORROR this schlemiel fell asleep half way through. When questioned, their response was “it was kind of stupid”. I have never been so personally offended by a critique of another persons work in my life. Too irate for words. Scott Pilgrim is a lot of things, and stupid is not one of them. This is one of the densest scripts ever to be committed to film; the jokes are so smart and packed in so tightly that most of them are missed on the first viewing. Haters can kindly step to the left. Right off a cliff.

This movie serves a duel purpose. One, it tells me what kind horror viewer a person is. Do they shriek in my ear? Do they claw at me during the scary parts? Can they conduct themselves with composure befitting a grown-up when the old lady in the goggle glasses pops out of nowhere? Two, is this the kind of person who whines about subtitles? Not that I’m one of those Art-House-Foreign-Film Elitists, but come on. It’s fifth grade level reading. Suck it up. 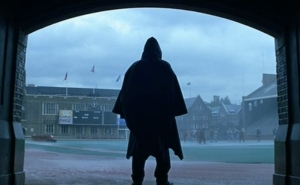 I caught this movie while channel surfing after school one afternoon and decided, at the tender age of 11, that this was about as good as a movie gets. Its a non-comic based superhero movie about a man (Bruce Willis) who realizes that he can’t be hurt. It’s dark and terse and such a slow burn. If a friend trusts me enough to sit through 45 minutes of character development and backstory to reach this beautiful pay-off, I can see us going the distance. In friendship terms.