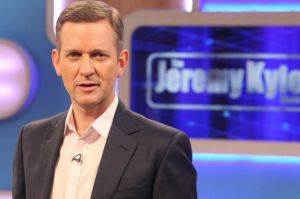 I was recently having a discussion with my dad lauding how great British TV has been lately.  Sherlock, Luther, Downton Abbey, Broadchurch, for just a few examples.  While he and I both agreed that American television could take a few hints in terms of season lengths, etc., I thought it only fair to point out that we think British television is great because only the good stuff makes it across the pond.

To further prove my point, I decided to look into trashy British television and from there, I spiraled.  I stumbled upon full episodes of The Jeremy Kyle Show, a show that is very similar to our Maury or Montel in that there are a lot of paternity tests and lie detector results and the dredges of British society are paraded out for our amusement.  I can’t quite explain why, but I have now watched a LOT of The Jeremy Kyle Show.  Like, a lot, a lot.

I could just say that this appeals to that part of all of us that likes trashy television and it does, but I think it goes further than that.  Listen, there are few people that watch more BBC period dramas than this girl, almost to the point where I have romanticized Britain to ridiculous levels.

That being said, it has been quite cathartic for me to realize that while there may be a few charming blokes with dashing accents, it turns out that there also quite a lot of toothless baby daddies whose accents are nearly incomprehensible.

Jeremy Kyle, I thank you for dashing all my hopes and dreams.