One of my best childhood memories is of my brother and me laying underneath the coffee table in our living room and watching the Rankin Bass cartoon version of The Hobbit. It was made in the 1977, so Bilbo had a wildly dope Davy Jones haircut. I distinctly remember being scared out of my gourd by the cartoon Gollum, who was portrayed as a sort of frog-like thing with a turkey neck and no pupils. Oh, you don’t think that sounds scary? Then I guess you would have no problem watching these clips I’ve provided of the cave scene…

Ok, its over. You can open your eyes now.

Despite my Gollum anxiety I read the book several times during my formative years, resulting in a life-long love of all things Tolkien. That being said, I was pretty excited when they announced that a Hobbit movie was in the works. As if that weren’t enough, it’s starting to look like Peter Jackson is making this movie specifically for me. Obviously Mr. Jackson was not available for comment, but when you look at the hard evidence, there is really no other explanation. For example, there’s the cast. I mean, Aidan Turner, Richard Armitage, and Lee Pace  all in one movie? It’s like they made all their casting decisions based on my google search history! Seriously, though, look at these guys… 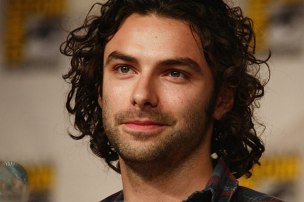 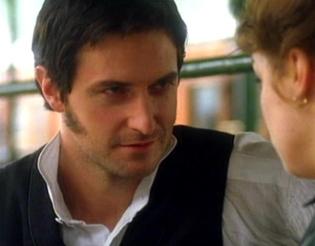 Richard Armitage in North and South

Lee Pace in Miss Pettigrew Lives for a Day

It really shouldn’t come as a surprise that I cannot stop watching The Hobbit trailer. Just in case you’ve been living in a Tolkien-free parallel universe, here it is.

There you have it! My nerdy little secret. If you’re as pumped as I am, feel free to gush in our comment section!